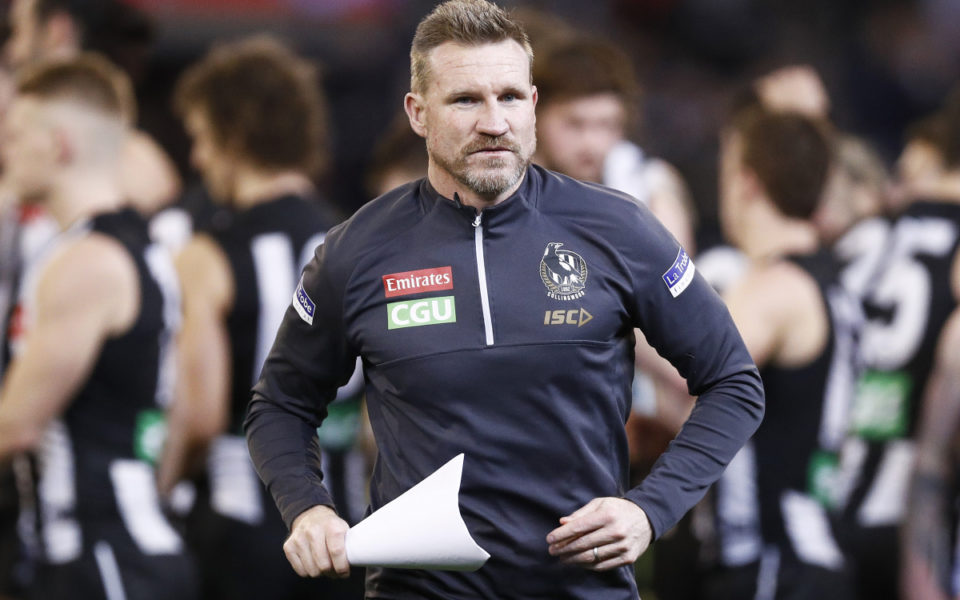 AFL royalty Tania and Nathan Buckley have announced on social media that they are separating after 18 years of marriage.

Ms Buckley took to Instagram on Friday to announce on behalf of both her and the Collingwood coach that the couple, one of the most high-profile in AFL circles, had been separated since January.

“It has been a tough and challenging year for every family and for ours [sic] included,” Ms Buckley wrote in the caption of a picture of her and the Collingwood Magpies coach at an awards ceremony.

“It is with the utmost love and respect for each other and a true commitment to our sons that we made a decision to separate in January,” she wrote.

Ms Buckley told followers that the pair’s primary focus remained on their two sons, Ayce, 12, and Jett, 14, as they navigated their way through the separation.

“We remain dedicated parents and in the interest of our boys, we ask for our family to be given the privacy that is needed,” she said.

“We thank everyone in advance for understanding our request and for the unconditional love and support we have received throughout our marriage.”

The pair were married on December 31, 2002 and settled in Toorak.

Nathan Buckley, 48, was one of the AFL’s most celebrated players, winning the Brownlow Medal and the best and fairest six times for Collingwood, before returning to the club as an assistant coach in 2010 as part of a succession plan that saw him become senior coach in 2012.

He had moved out of the family home in January and then spent three months with the team in a hub on the Sunshine Coast after Victorian clubs were forced to relocate in July.

He received a fine for breaching AFL protocols when he played tennis with former tennis professional Alicia Molik and assistant and long-time friend Brenton Sanderson.