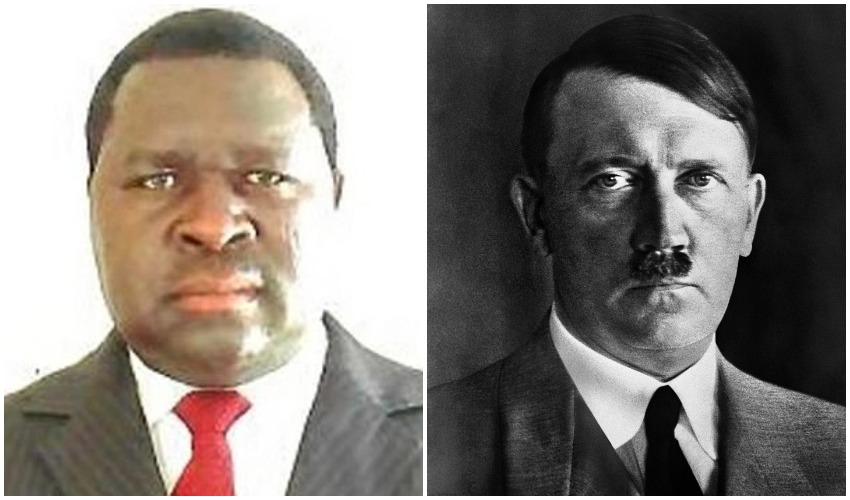 The result of a local election in Namibia is capturing attention far beyond the African nation’s borders due to the name of the victor: Adolf Hitler Uunona.

Uunona was elected councilor in the Ompundja Constituency, which is located in the Oshana region in the northern part of Namibia, winning roughly 85% of the vote. In an interview with the German newspaper Bild, Uunona said he did not have any connections to the infamous Nazi dictator with whom he shares a name.

“It was a completely normal name for me as a child. It wasn’t until I was growing up that I realized: This man wanted to subjugate the whole world. I have nothing to do with any of these things,” he said. “My father named me after this man. He probably didn’t understand what Adolf Hitler stood for.”
“That I have this name doesn’t mean that I want to subjugate Oshana now,” Uunona added, jokingly. “It doesn’t mean that I’m striving for world domination.”
Uunona goes by “Adolf Uunona” in public, and said it’s “too late” to change his name because it’s on “all official documents.”

Adolf is not an entirely uncommon name in Namibia, which is a former German colony (German South West Africa), according to Bild.

“Adolf Hitler” was a widely discussed topic on Twitter on Thursday because of Uunona’s political success.

“This is only like the 23rd-weirdest thing to happen this month,” one Twitter user said in response to an article on Uunona’s victory. Uunona is not the first person named after the Nazi leader with political ambitions. A man named Adolf Lu Hitler garnered attention when running for office in the Indian state of Meghalaya back in 2013.
“I am aware at one point of time Adolf Hitler was the most hated person on Earth for the genocide of the Jews. But my father added ‘Lu’ in between, naming me Adolf Lu Hitler, and that’s why I am different,” Hitler told the Associated Press.