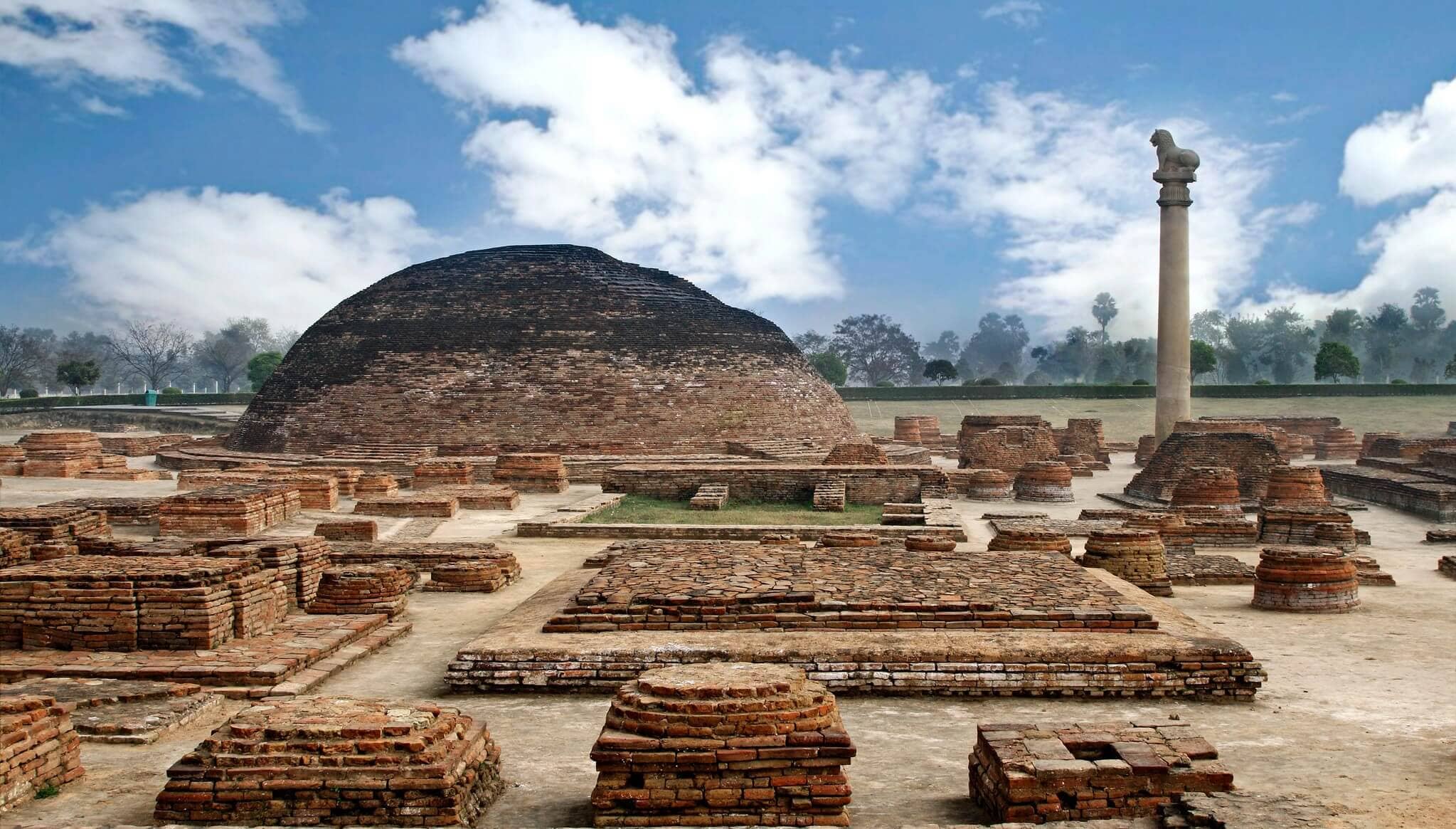 BIHAR, INDIA: Although it is widely believed that the idea of democracy and a constitution were created in democratic Athens, around 506 BCE, India saw the emergence of city republics around 6th BCE where the concept of an elected ruler had taken root.

Vaishali, considered to be World’s First Republic and currently an Archaeological site, is situated in the district with the same name, Vaishali, in the Bihar state of India. Believed to be the first republic in the world, Vaishali has taken its name from King Vishal of the Mahabharat age. He is said to have constructed a great fort here, which is now in ruins.

An ancient metropolis, the capital of the Republic of the Vaishali state and the capital of the Vajjian Confederacy (Vijji), Vaishali is prominently mentioned in Jain and Buddhist texts which emerged later. Based on the information found in these texts, Vaishali was established as a republic with an elected assembly of representatives by the 6th century BC, under the rule of Licchavis clan.

Vaishali was putting up a stance with the other Republican states, like the Lichchhavis, against emerging kingdoms like that of Magadha. It was distinct in the sense that though it was ruled by an oligarchy of noble families, there was no place for a hereditary monarchy. The Republic had a city assembly with 7,707 elected city representatives all of them who came from noble families.

Ajatshatru, the great monarch of Magadha, annexed Vaishali in the fifth century BC and after that Vaishali gradually lost its glory and power.

To the north of Vaishali is located Raja Vishal Ka Garh, a huge mound with a seating capacity of 700 people. It is believed to be the ancient parliament house where representatives of the federal assembly gathered to legislate and discuss the problems of the day. It is a huge mound with a circumference about one kilometer and walls nearly 2 m high with a 43m wide moat around them.

There is also a Coronation tank called Abhiskek Pushkarn. It is believed that all elected representatives were anointed here before they swear-in as members of the assembly.

Vaishali has been considered by ancient Indian historians to be part of India’s second urban revolution. The first took place in the 3rd millennium BCE in the cities of Mohenjo-daro, Harappa along the banks of the Indus river in western India, which stretched through to urban habitations like Dholavira in Gujarat. The second urban efflorescence in eastern India, however, carries a much clearer stamp of a long-term revolution in politics, religion, economy and culture of India.

Jagdish Prasad Sharma author of “Vaishali The World’s First Republic”, explains how the representatives were the effective government and whatever decisions they took it was in accordance with the wishes of the gang (assembly). The government was fully authorized by the Constitution to act freely and independently, provided it remained accountable to the assembly.

The city was also an important point as Buddha traversed the area preaching his new-found Middle Path. It was in Vaishali that he delivered a sermon for the last time before he went to Kushinagara where he died, or as Buddhists believe attained Mahaparinirvana. In third century B.C., the Great Mauryan emperor Ashoka, erected an Ashoka Pillar here, to commemorate this. It is 18.3 m high and made up of highly polished single piece of red sandstone. A figure of a lion is placed on the top of the pillar. There is a brick stupa and a small tank around it.

Vaishali was also the center of the 2nd Buddhist Council congregation, held after 100 years of Buddha’s Mahaparinirvana to discuss the ten pints of Vinaya, the rule of conduct under dispute. Two stupas containing ashes of Gautham Buddha and his cousin and monk Ananda were erected at Vaishali to commemorate this event. A portion of Buddha’s ashes are also kept at Patna Museum.

Vaishali was also closely connected with Lord Mahavir of Jainism, who was born at Kundalpur (on the outskirts of Vaishali at 4 kilometers distance) around 2550 years ago. Lord Mahavir lived here till he attained the age of 22.

Also Watch: More Facts and Picture of Ruins of Vaishali

On another note, Vaishali was also famous for its courtesan, Amrapali who was credited with making the city prosperous. She was celebrated in Buddhist lore as she became a disciple of the Buddha and dedicated her lands to the monastic order.

Other sites of Historical importance in Vaishali include Chaumukhi Mahadev, a lingam carved with four faces of Lord Shiva; the Bhawan Pakhar Temple, where a large number of Hindu deities are enshrined at one place and are worshipped together; Coronation Tank where the Lichhavi Kings were anointed before being crowned and; the Vaishali Museum which has a small collection of regional handicrafts.