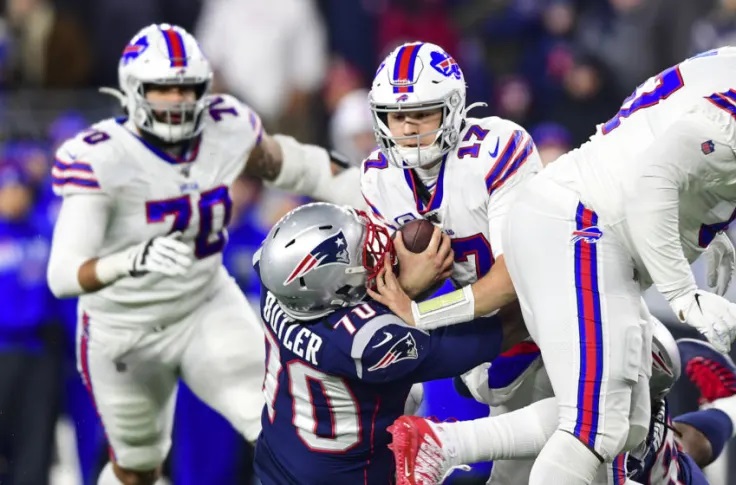 The Buffalo Bills host the Los Angeles Chargers this afternoon in a week where plenty of craziness is swirling around the NFL. The Baltimore Ravens have added 20 players and 11 coaches to the reserve/COVID-19 list. The San Francisco 49ers might not be able to play in their home stadium. The Denver Broncos have no quarterbacks, so they’re reportedly starting a wide receiver at the position—but only because they weren’t allowed to start a coach instead.

As 2020 turns, the Bills keep on motoring towards their goal of the franchise’s first AFC East Division championship since 1995. With third-year quarterback Josh Allen catapulting himself into the NFL MVP conversation this year, the Bills can safely call themselves one of the top squads in the AFC, and even the NFL as a whole.

While the Chargers may have an unsightly record, their play has been anything but ghastly this year. The team has lost all seven of its games by one score or less. The only other teams to lose only one-score games this year are the Kansas City Chiefs and the Pittsburgh Steelers…and they’re a combined 17-1 this year. The Chargers have combined some solid offensive play with poor defense and bad luck to put together a 3-7 overall record.

The Bills are without wide receiver John Brown and guard Cody Ford this week, as both players were placed on injured reserve prior to the game. The Chargers are down defensive end Melvin Ingram and cornerback Casey Heyward Jr., but star running back Austin Ekeler returns from a serious hamstring issue.

Your first-half thread is here, folks. Enjoy the last day of Thanksgiving Weekend—hopefully with a Buffalo victory. Go Bills!