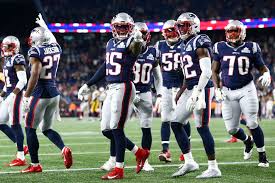 The Houston Texans moved to 3-7 on the season after defeating the New England Patriots 27-20 at NRG Stadium. From the jump, this game appeared to have the makings of a high-flying affair between both of these offenses as they were each able to find the end zone in the first quarter. However, the Patriots’ (4-6) offense largely went silent in the first half after a 10-play, 84-yard touchdown drive to begin the game for Josh McDaniels’ unit. They managed just three more points in the opening half and watched as Deshaun Watson flashed his brilliance and tacked on 14 points in the second quarter to take the lead. From there, Cam Newton and company were playing from behind and couldn’t quite overtake Houston. Now, any sort of late playoff push appears to be dashed.

Watson finished his day with 344 yards through the air and two touchdowns despite losing Kenny Stills and Randall Cobb early in this contest. He relied on his tight ends in the passing game along with Brandin Cooks, who led the team with 85 yards receiving, and Will Fuller V, who finished with 80 yards on six catches. Watson also contributed to the offense with his legs, totaling 36 yards while scoring on a four-yard touchdown run in the second quarter.

As for the Patriots offense, Newton did look comfortable passing the ball in the second half but the unit was largely disjointed throughout. He finished with 365 yards passing and one touchdown while committing zero turnovers.

To get a more in-depth look at how this game shook out, check out our main takeaways below.

A lot of credit needs to be handed to Deshaun Watson, who could simply do no wrong in this game. As he was lighting up New England’s secondary through the air, the former first-round pick was dancing around the pocket to allow more time for his receivers to get open. When he didn’t throw the ball, he tucked it and ran for 36 yards and a touchdown. Watson took full advantage of the Patriots offence going silent in the second quarter, posting 14 unanswered points before heading into the locker room at halftime.

While Watson was doing damage on the offensive side of the ball, the defense put together one of its best days of the season in the win. The most surprising development came on the ground. Houston came into Week 11 boasting the worst run defense in the entire NFL. On paper, it was a clear mismatch against a Patriots unit that was averaging the second-most rushing yards per game heading into Sunday. When the game was played, however, the run defense played well, allowing just 86 yards on the ground and one touchdown. That mark is even better when you eliminate the 26 rushing yards on the Patriots’ opening touchdown drive. When you do that, what was billed as a horrid Texans run defense held New England to just 60 yards on the ground.

J.J. Watt was also clutch in this game for the Texans, batting down four passes on the day, including a key third-and-4 pass by Newton with 1:20 to play in the game. Fending off a late rally by the Patriots deserves a boatload of credit.

The Patriots struggled to string along positive offensive drives throughout the afternoon. After totalling 84 yards and a touchdown on their opening drive of the day on offence, Josh McDaniels’ unit totalled just 64 yards and three points on the following five possessions. Over that stretch, the Texans put up 21 points and rolled away with the win. Damien Harris looked like he was going to have a strong day against a lowly Houston run defence, but the back went silent after scoring a nine-yard touchdown in the first quarter. Part of that is likely due to the Patriots throwing more because they were behind, but he wasn’t as efficient as Bill Belichick likely had hoped.

While Cam Newton did throw for 365 yards and one touchdown, the Patriots quarterback continues to struggle to complete some gimme passes with receivers wide open over the middle or short in the flat. There were a number of situations where some of Newton’s passes skipped in a bit short and helped derailed some offensive possessions.

Defensively, the Patriots struggled to contain Deshaun Watson as he ran free to either extend plays to find receivers through the air or simply pick up yardage with his legs. Watson’s ability to keep plays alive was apparent on third down where the Patriots really were inefficient for a large bulk of the game. At one point in this eventual loss, the Texans converted five of their nine third-down opportunities. That inability to get off the field doesn’t give the offense much of a chance to get into a rhythm.

While the 14 answered points to end the first half certainly helped establish Houston’s lead and eventual win, their ability to come up clutch on New England’s final offensive series before trying a Hail Mary as time expired, was where they really slammed the door shut on a comeback. With 4:11 to play and any slim chances of a playoff push on the line, Cam Newton’s offence took the field down 27-20. They were able to march as far down as the Houston 24 yard line, but that’s as far as they’d go in their hopes of reaching the end zone and tying the game. It was there where J.J. Watt batted down a pass from Newton on third-and-4 that brought up fourth down. There, Houston’s defence swarmed Newton and forced him to throw it away, turning the ball over on downs. At that point, New England’s chances of winning were down to a sheer miracle that never came to pass.