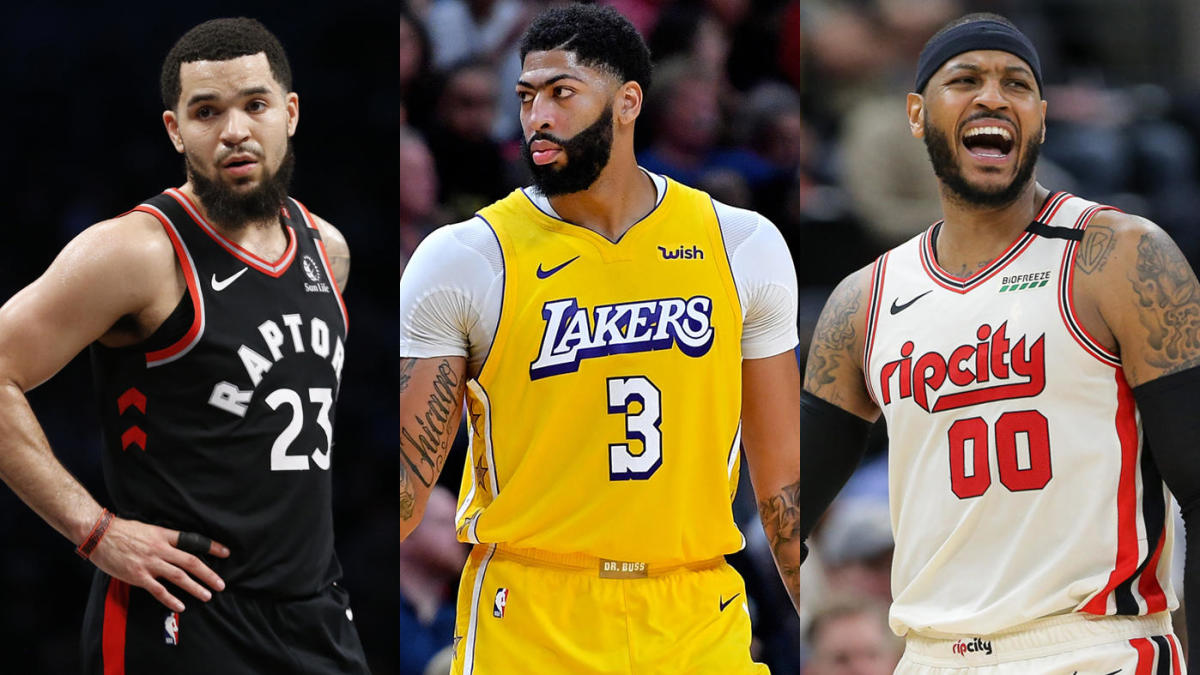 Spearheaded by LeBron James and Anthony Davis, the Lakers claimed their first title since 2010 after topping the Miami Heat in the NBA Finals last month.

The drought-ending success at Walt Disney World Resort sparked celebrations but attention has already turned to 2020-21, with the season due to get underway before Christmas next month.

Dennis Schroder has already been acquired from the Oklahoma City Thunder in exchange for Danny Green, and Pelinka insisted the Lakers are not prepared to rest on their laurels in pursuit of sustained success.

What promises to be a chaotic free-agent window opens in the NBA at 6 p.m. (Eastern Time) on Friday, just a couple days after the NBA draft, a mere 42 hours before signings can begin and about a week and a half before training camps around the league open. Asked what the player-movement landscape might look like in such a compressed timeframe, Philadelphia 76ers President Daryl Morey — looking exhausted early on Thursday as the draft was winding down — offered a blunt prediction.
“Completely insane,” Morey said.
He may be right.

Deals are expected to start coming quickly on Friday evening, and the NBA is investigating whether one — a widely reported sign-and-trade move that would have sent Bogdan Bogdanovic from Sacramento to Milwaukee — happened earlier than league rules allow. A person with knowledge of the matter told The Associated Press on Thursday that the league is probing whether such an agreement existed, because if it did free-agent negotiations with Bogdanovic would have clearly started earlier than permissible.

The person spoke with AP on condition of anonymity because neither the teams nor the league acknowledged the investigation publicly. The New York Times first reported that an investigation had been opened.

Some deals likely won’t take long to get done without raising league ire. Anthony Davis of the NBA champion Los Angeles Lakers is the biggest name on the free agency board; he turned down his option for this season with the Lakers, but isn’t expected to go anyplace else.

A likely scenario for Davis is to accept a three-year deal worth that would start at $32.7 million this season and grow each year afterward, with the last year at his option. That way, when he completes his 10th year of service in 2021-22, he can cash in again for an even higher percentage of the salary cap than he would command now.

Gordon Hayward declined his $34 million option for this season with Boston, a person with knowledge told AP on Thursday, and could potentially now be another big name on the move.

More than 100 other NBA players are unrestricted free agents; another 75 or so can be restricted free agents. That’s a lot of players, who might be doing a lot of moving, with a season coming up very quickly — and only a few teams have plenty of available salary-cap space to sign players easily.

Plus, teams are still figuring out coronavirus protocols for training camp. Nobody has seen the NBA schedule for a regular season that starts 22 December. Preseason games start 11 December; those haven’t even been announced yet.

“With free agency starting as quickly as it does, we have some targets in mind there and we’ve got some other trade conversations going on as well,” said David Griffin, New Orleans’ executive vice president of basketball operations.

Really, things have already started. Plenty of names are already on the move, and the trade market is always an option for the teams that can’t just go sign a player into nonexistent cap space.

“There’s a great many things happening all at one time,” Griffin said.

The Lakers already have a new point guard in Dennis Schroder, acquired in a trade with Oklahoma City. The Thunder sent point guard Chris Paul in a trade to Phoenix, and with a brief stopover-on-paper-only in Oklahoma City, Ricky Rubio wound up leaving the Suns and ending up where his NBA career began in Minnesota. A trade has been agreed to that would send Jrue Holiday from New Orleans to Milwaukee, where he’ll play with two-time reigning MVP Giannis Antetokounmpo, but had not been announced publicly as of Thursday evening. Antetokounmpo also could sign a supermax extension in the coming days or weeks; five years for somewhere around $225 million, a deal that would begin in 2021-22.

Al Horford was traded by Philadelphia to the Thunder. The Mavericks got Josh Richardson from the 76ers, in a deal that sent Seth Curry to Philly — where he’ll play for new 76ers coach Doc Rivers, who just happens to be Curry’s father-in-law.

Houston’s star backcourt of scoring champion James Harden and former MVP Russell Westbrook have been mentioned in trade talks, though it would surely take a massive haul for the Rockets to part with either or both of those players. And Golden State may be very active on the trade market now, with the Warriors getting word on Thursday that Klay Thompson — who missed last season with a torn ACL — will miss this season with a torn Achilles.

The Warriors have a $17.2 million trade exception that will soon expire. It could be a handy chip for general manager Bob Myers, especially if Golden State — who plunged to the bottom of the NBA last season with Thompson, Stephen Curry and Draymond Green out for most of all of the season — decides it needs to make a big move quickly.

Some players have even announced their free-agent plans: Udonis Haslem is going to re-sign with Miami for an 18th season, even though the Heat can’t talk to him about that until Friday. The Eastern Conference champions will be awaiting decisions from several key players, including point guard Goran Dragic, forward Jae Crowder and center Meyers Leonard. And Heat President Pat Riley hasn’t hidden his intention: He wants to bring the team from last season back as intact as possible.

“I have great faith in our guys. I think we have great chemistry. I think they have the same feeling themselves,” Riley said. “But now we’re getting down to the business side of things. And I totally get it. I totally understand what free agency means to players.”