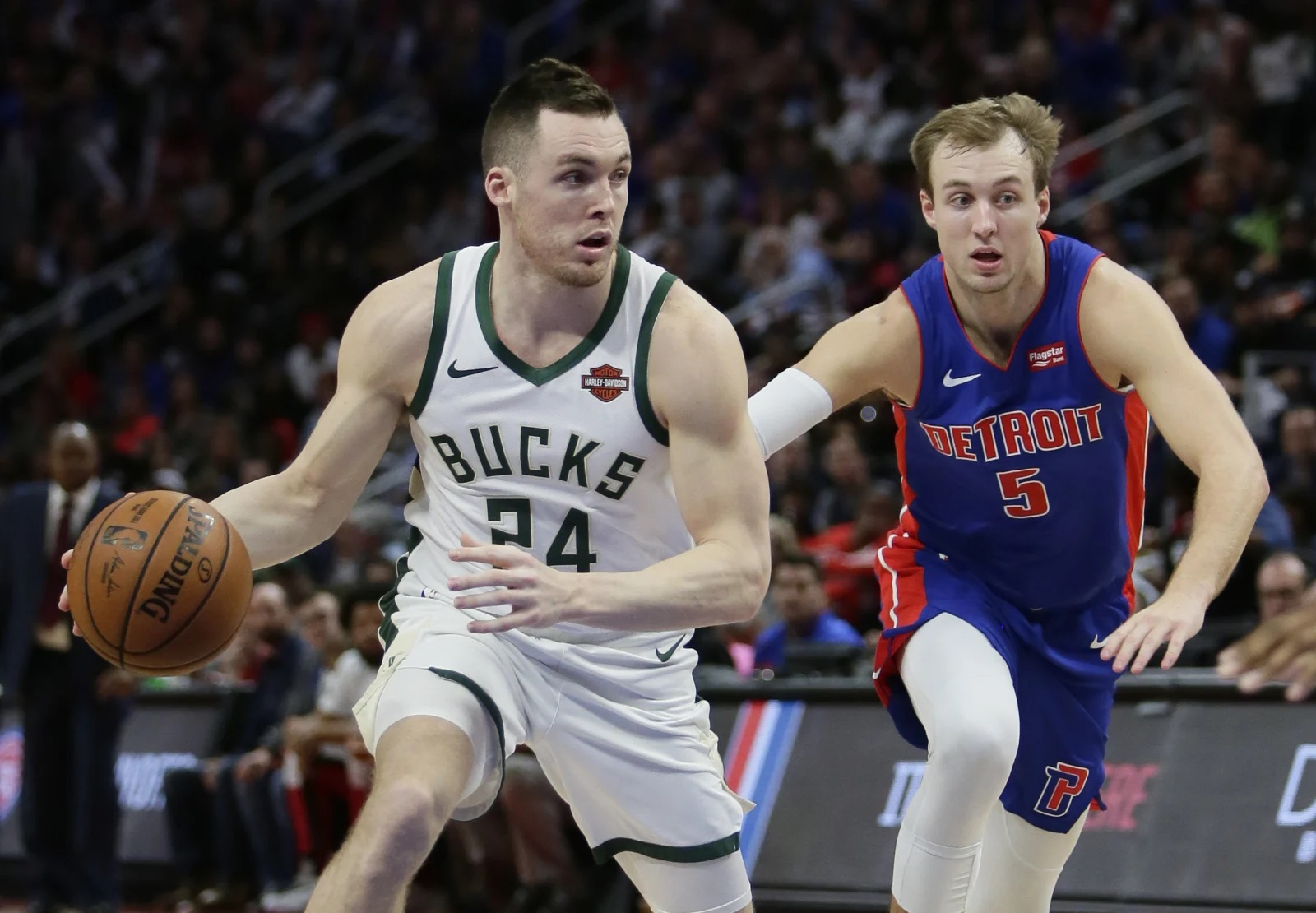 Milwaukee is acquiring Bogdan Bogdanovic and Justin James from the Sacramento Kings in a sign-and-trade, with Donte DiVincenzo, Ersan Ilyasova and D.J. Wilson heading west in the deal, according to ESPN’s Adrian Wojnarowski.

Earlier in the night, Wojnarowski reported that the Bucks are finalizing a deal to get Jrue Holiday from the New Orleans Pelicans. Per Wojnarowski, the Pelicans are getting Eric Bledsoe, George Hill, three first-round picks and multiple pick swaps.

Bogdanovic averaged 15.1 points while shooting 37.2 percent from three-point range. The 28-year-old would be a great fit in an offense that looks to spread the floor and open the paint for Giannis Antetokounmpo.

Whether going all-in to this extent works is largely predicated on Antetokounmpo’s decision about his next contract. According to the New York Times’ Marc Stein, some around the league believe the two-time MVP is prepared to sign a five-year supermax extension.

If that happens, giving up three first-round picks and two picks swaps for Holiday isn’t a massive overpay since those picks would be toward the back half of the first round. Likewise, the costs of a sign-and-trade for Bogdanovic—in terms of trade capital and salary—are easier to absorb.

However, the situation would look pretty dire for the Bucks were Antetokounmpo to leave. They’d still have a roster led by Holiday, Bogdanovic and Khris Middleton, but that squad isn’t contending for a championship. And it would be years before the front office could trigger a true rebuild because it wouldn’t have control of its picks for a long time.

Perhaps this aggressive approach speaks to a level of confidence from general manager Jon Horst about where Antetokounmpo is leaning.