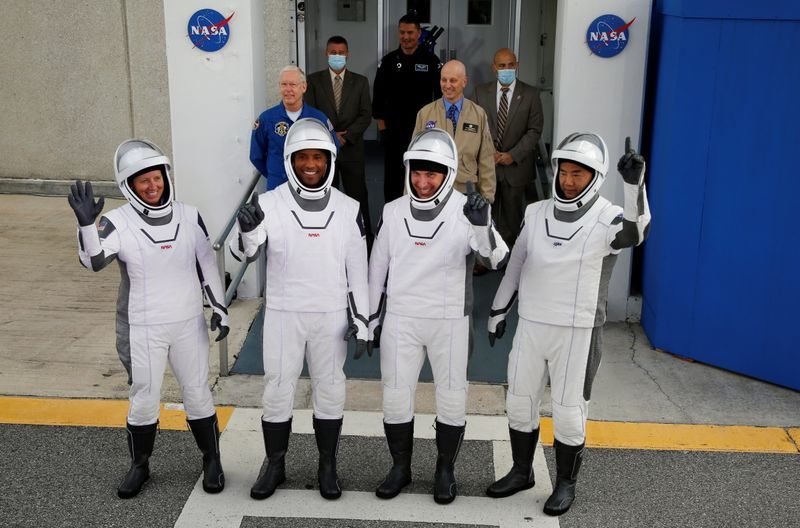 The mission was to launch on November 14 initially, but was impeded by unfavourable weather conditions. Crew-1 is the first operational flight of the SpaceX Crew Dragon spacecraft on a Falcon 9 rocket to the ISS and is also the first of the three such flights scheduled over the course of 2020-21.

So what is the Crew-1 mission?

It is the first of six crewed missions that NASA and SpaceX will operate as part of the Commercial Crew Program, whose objective is to make access to space easier in terms of its cost, so that cargo and crew can be easily transported to and from the ISS, enabling greater scientific research. The programme is a way to reduce the cost of going to space for agencies such as NASA and also makes it possible for any individual to buy a ticket on a commercial rocket. Therefore, the launch is being seen as the beginning of a new era in space travel.

“This partnership is changing the arc of human spaceflight history by opening access to low-Earth orbit and the International Space Station to more people, more science, and more commercial opportunities,” NASA has said.

Boeing and SpaceX were selected by NASA in September 2014 to develop transportation systems meant to transfer crew from the US to the ISS. “These integrated spacecraft, rockets and associated systems will carry up to four astronauts on NASA missions, maintaining a space station crew of seven to maximise time dedicated to scientific research on the orbiting laboratory,” the NASA website says.

In May, NASA’s SpaceX Demo-2 test flight lifted off for the ISS, becoming the first crewed flight to launch from American soil since the conclusion of the space shuttle era in 2011. NASA certified SpaceX’s Crew Dragon capsule and the Falcon 9 rocket last week, making it the first spacecraft certification provided by the space agency.

The Crew-1 mission launched the agency’s astronauts Michael Hopkins, Victor Glover and Shannon Walker along with Japan Aerospace Exploration Agency (JAXA) mission specialist Soichi Noguchi from Launch Complex 39A at the Kennedy Space Center for a six-month-long mission aboard the ISS, where they will join the members of Expedition 64, the space station crew currently at residence there.

Why is the mission significant?

The Crew-1 mission marks many firsts for NASA and SpaceX including it being the first flight of the NASA-certified commercial system, the first international crew of four to launch on an American commercial spacecraft, the first time the space station’s long-duration expedition crew size will increase from six to seven crew members, which will add to the crew time available for research and the first time the Federal Aviation Administration has licensed a human orbital spaceflight launch.

While the Crew Dragon spacecraft is capable of staying in orbit for a period of 210 days, it will return in spring 2021, making it the longest human space mission launched from the US. The spacecraft will also deliver over 500 pounds of cargo, science hardware and experiments to the ISS.

Once the mission is over, Crew-1 astronauts will board Crew Dragon, which will autonomously undock and depart the space station after which it will re-enter the Earth’s atmosphere.

What will members of Crew-1 do at the ISS?

The goals of the mission are the same as that of Expedition 1 that lifted off 20 years ago. NASA has called both of these ISS missions, “historic”. At the ISS, the Crew-1 team will join members of Expedition 64 and conduct microgravity studies.

Some of the research that the crew is carrying with themselves includes materials to investigate food physiology, which will study the effects of dietary improvements on immune function and the gut microbiome and how those improvements can help crews adapt to spaceflight. Once in orbit, NASA astronaut Glover will collect samples to provide data to scientists back on Earth so that they can continue to study how dietary changes affect his body.