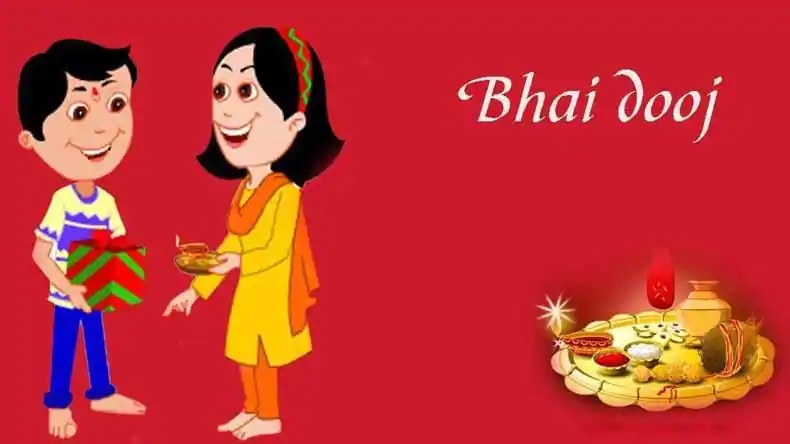 It is difficult to decode the feelings, emotions and love between siblings. However, some special days or occasions are dedicated to strengthening the love between a brother and a sister. Bhaiya Dooj is one such occasion that can define the eternal love between different siblings (brother and sister). This wonderful festival is an important occasion where sisters pray to God for the longevity, well-being and prosperity of their beloved brother. The occasion occurs after the two days of the Diwali festival. According to the Gregorian calendar, the occasion occurs on the 2nd day of the Shukla Paksha of the Kartika month which falls between October and November.

Like the love of Lord Krishna for his sister Subhadra, every brother should love their sister and like the blessings of Subhadra for his brother Krishna, all sisters should always pray for their Brothers”.

The festival of Bhai Dooj, heralds the special bond between a brother and a sister. The relationship is quite extravagant. It is also known as Bhai Teeka and Yam dwitiya.

Bhai Dooj generally occurs on the dark lunar half month, right after the two days of Diwali. On the occasion, the sister’s apply a tilak and pray for the long life for their brothers. The Brother in returns, brings presents, as a gesture of gratitude for all the fags she does for him. On the festival, people revere the God of death, Yamraj.

According to an exalted legend, the God of death Yamraj, went to meet his sister Yamuna. Thus, the tradition of Bhai Dooj was followed in the years to come.

The Sun God’s daughter and son were Yam and Yami respectively. Yami irked her brother to visit her place. Yam paid a visit to her and his sister ensured that he ate out of her hands in the most precise consciousness. After lunch she applied a tilak on his forehead, and prayed for his long life.

Overwhelmed by the love and affection, Yam granted his sister, a boon. She asked yam to pay an annual visit to her and further asked him to release every sister who performs these customs and rituals, from the fears of death. Yamraj was gratified with the wish and granted it. Hence, the custom of Bhai Dooj became a phenomenon from then onwards. Bathing in the sacred waters of Yamuna is perceived to be of great significance.

Another legend involves Lord Krishna. When he returned home after killing the devil Narkasur, his sister, Subhadra greeted him with flowers, fruits and sweets. She also applied a tilak on his forehead and prayed for his long life. From that day onwards, it became a tradition apply tilak on the forehead of the brother and in return the brother presents his sister with an enticing gift.

Bhai Dooj is celebrated throughout the country with different names and different customs. One thing remains the same that is the essence of this festival in the kernel of the people.

In the state of West Bengal, Bhai Dooj is known as Phota festival. On this day the sisters observe a fast and after the tilak application, they have lunch with their brothers.

In Maharashtra and Goa, Bhai Dooj is referred as Bhao Beej. On this occasion the sister completes the tilak after which she prays for his long life.

In Uttar Prasesh, the sister, after applying tilak on her brother, offers him crystallised sugar and water. This custom is followed in almost every household.

One might find it vague, but in the state of Bihar, on the occasion of Bhai Dooj, the sister scolds her brother and even abuses him, later apologises to him. This is done to vindicate the brother from his past sins. After this custom has taken place, the sister applies tilak and offers sweets to the brother.