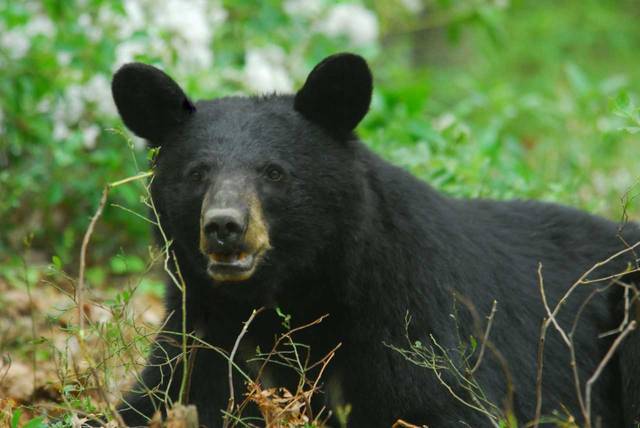 Pennsylvania: Social distancing requirements put in place in response to the ongoing coronavirus pandemic will bring big changes to the bear check stations of the Pennsylvania Game Commission this year.

Successful bear hunters in the rifle hunting season for bears, which begins Saturday, November 21, are required to have their bear weighed, aged and recorded at one of the bear check stations that the commission operates across the state.

The check stations have developed into spectator events, particularly on the first day of the season. Some even have bleachers for the spectators and food and drinks offered by local organizations.

That won’t be the case this year.

The commission announced, “To comply with the Governor’s social-distancing requirements and to keep Game Commission employees and members of the public safe, access to bear-checking areas will be limited. While some check stations may have areas that are open to the general public, at all check stations, only the successful hunter, and in some cases members of his or her hunting party, will be permitted to enter the checking area.

“Social-distancing of at least 6 feet and face coverings are required at all check stations.

“Further restrictions may apply at some facilities.”

In addition, the commission noted, there will be no harvest maps or tally boards at check stations this year.

Real-time bear harvest totals can be viewed at www.pgc.pa.gov. Just select “Black Bear Harvest” under “Quick Clicks” on the homepage to link to the totals and maps.

Could Pennsylvania hunters kill a record number of bears again this year?

In addition to the pandemic-related changes, 3 check stations have changed venue and will be held at different locations than what is published in the 2020-21 Pennsylvania Hunting & Trapping Digest, which is issued to all hunters at the time they purchase their licenses, and available to download and view at www.pgc.pa.gov.

Bear hunting in Pennsylvania: Here’s what you need to know
In the Southcentral Region, the Buchanan State Forest Building in Fulton County has moved about one-half mile away. The new building is located on Route 915, one-tenth mile north of Route 30 and 4.8 miles east of Breezewood. This building will host bear check stations in both the regular firearms bear season and extended bear season, which overlaps a portion of the firearms deer season.

A family of black bears – mom and 4 cubs – with an appetite for fall decorations like pumpkins and corn shocks, and any other edibles the omnivores encounter, has been triggering doorbell cameras in Susquehanna Township, Dauphin County.

Middletown police have issued an alert to residents about a small black bear spotted Monday morning on Mill Street near M & H Railroad and the Interfaith Apartments.

A couple weeks ago residents of North Middleton Township in Cumberland County made numerous reports of a bear roaming the township to police.

And many others across the region have been startled, and maybe a bit concerned, by encounters with bruins in their own backyards and neighborhoods.

But the period when a wandering bear should elicit surprise has come and gone for Pennsylvanians.

There has never been a greater chance of encountering a bear nearly anywhere in Pennsylvania than in fall 2020.