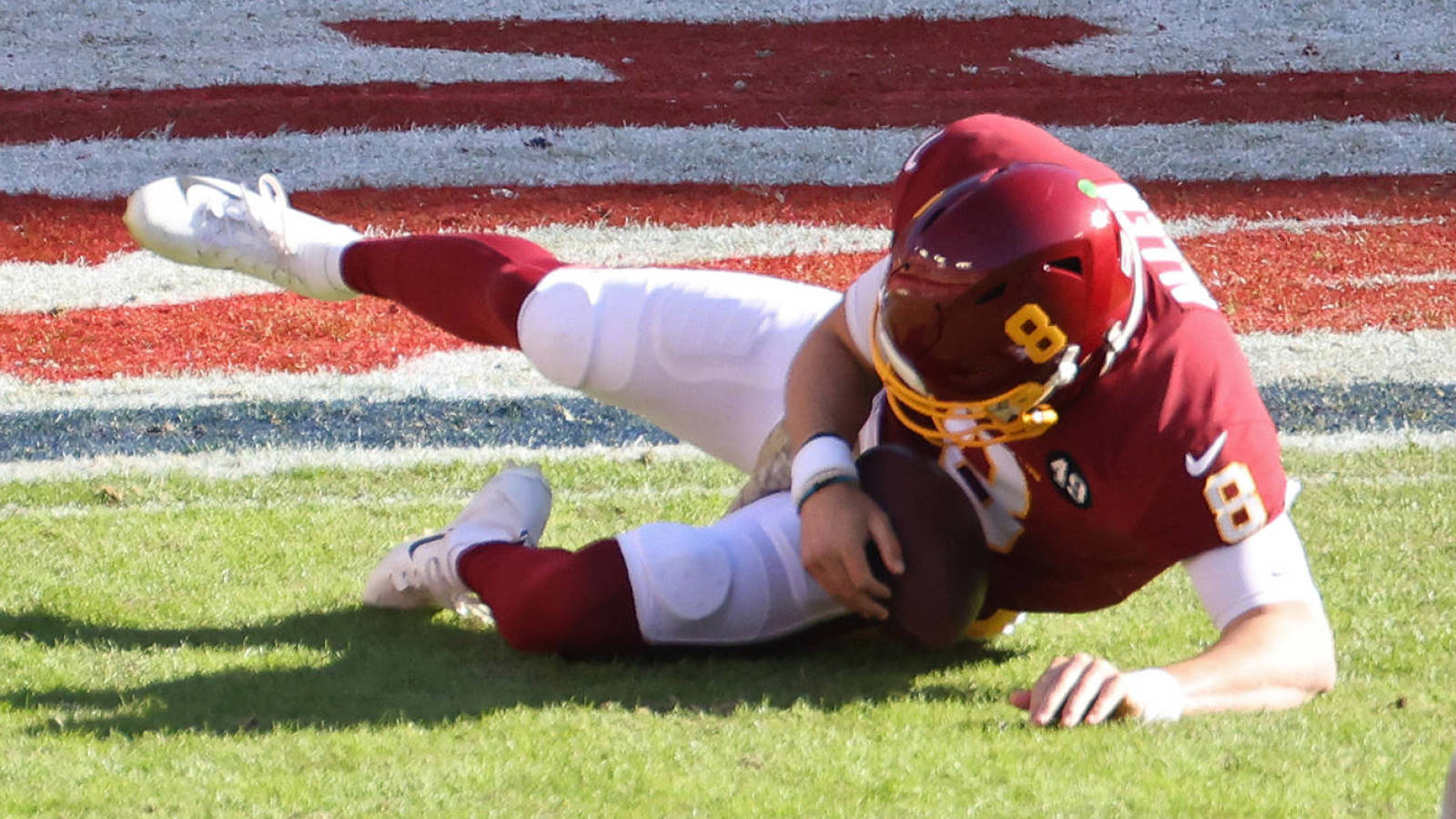 Nov 8, 2020; Landover, Maryland, USA; Washington Football Team quarterback Kyle Allen (8) lies on the field as Washington Football Team running back Antonio Gibson (24) looks on after being injured by being tripped by New York Giants strong safety Jabrill Peppers (not pictured) while scrambling in the first quarter at FedExField. Allen was injured on the play. Mandatory Credit: Geoff Burke-USA TODAY Sports

Washington quarterback Kyle Allen was carted off the field in the first quarter of Sunday’s game vs. the Giants.

According to The MMQB’s Albert Breer, Allen has a dislocated ankle and a small chip in the ankle.

He will reportedly get an MRI on Monday.

Peppers was called for a 15-yard penalty on the play.

Allen was on the field for several minutes following the hit and was carted off the field. He waved to the Washington crowd as he headed into the stadium tunnel.

Allen completed five of his seven pass attempts on Sunday for 62 yards before the injury.

He was replaced by Washington backup QB Alex Smith.