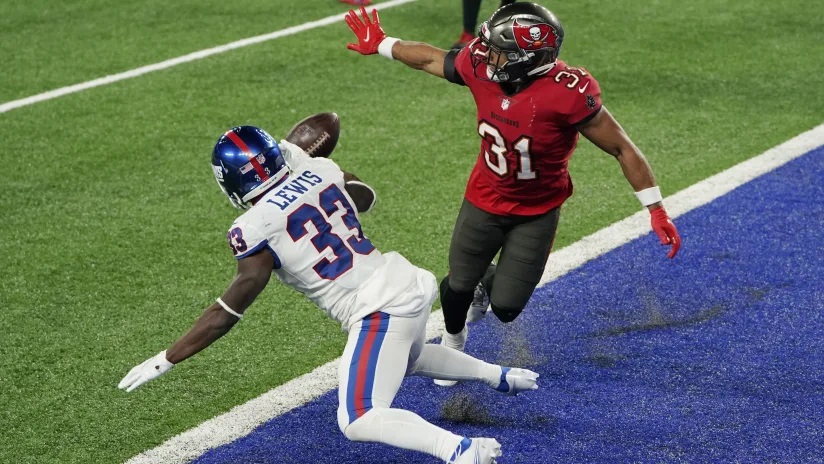 Losing games comes naturally for the Giants and it does not help them at all when they get a tough call in the closing seconds.

With 28 seconds remaining in Monday night’s 25-23 loss to the Buccaneers, the Giants tried to pull even on a two-point conversion try. Daniel Jones’s pass to Dion Lewis was broken up by cornerback Antoine Winfield, who clearly made contact with Lewis before the ball got to the receiver. Nathan Jones, the field judge, threw his flag for pass interference.

After an officials huddle, referee Brad Rogers announced there was no penalty on the play.

“We got to put ourselves in position where we can have success and not bring a third party into the factor. It’s tough enough to beat the Bucs.’’

“The side judge had the flag thrown on the play and came to the down judge who was on that side of the goal line,’’ Rogers said. “The communication between the side judge and the down judge was that the defender contacted the receiver simultaneously as the ball came in. And in order to have defensive pass interference, it has to be clearly early and hinder the receiver’s ability to make the catch.

“You want to make sure that it meets the qualifications for pass interference. And in our communication on the field, the down judge and the side judge communicated about the action and believed that it was appropriate to pick that flag up.”