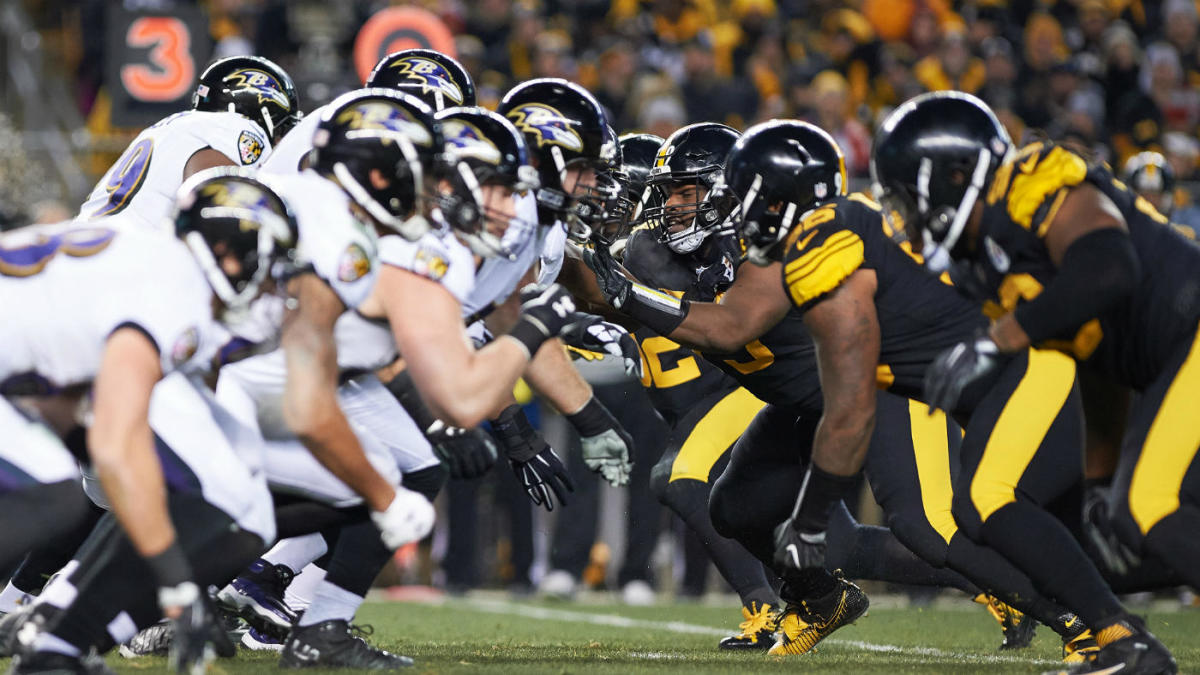 The ’72 Dolphins will have to wait at least one more week to pop their champagne. The Steelers, the NFL’s last undefeated team, are 7-0 after rallying from behind to defeat the Ravens, 28-24.

Despite getting a pick-six by linebacker Robert Spillane on the game’s first possession, the visiting Steelers found themselves trailing the Ravens at halftime, 17-7. But in the second half, another interception coupled with the inspired play of quarterback Ben Roethlisberger allowed Pittsburgh to score 21 of the game’s 28 points after the break. Roethlisberger, after managing just 42 passing yards in the first half, threw two second-half touchdown passes that included his game-winning, eight-yard pass to Chase Claypool with 7:32 left.

The Ravens then had two chances to regain the lead, but were turned away both times. With under two minutes left, Steelers defensive tackle Isaiah Buggs stopped Jackson’s fourth down run from the Steelers’ 8-yard line. After a Pittsburgh punt, Baltimore drove to the Steelers’ 23-yard-line before Jackson’s pass in the end zone was broken up as time expired.

Not only did the Ravens lose to drop to 5-2, they also lost starting offensive tackle Ronnie Stanley after he suffered an ankle injury in the first quarter. Ravens coach John Harbaugh said after the game that Stanley’s injury will keep him out for the remainder of the season.

Here’s a deeper look at what transpired during Sunday’s game.

Why the Steelers won:

Pittsburgh scored 14 points off two interceptions of Jackson, who was sacked four times while failing to complete half of his 28 pass attempts. The Steelers also got their passing game going in the second half, with JuJu Smith-Schuster leading the way with seven receptions. Pittsburgh’s defence, after allowing Jackson, Gus Edwards and J.K. Dobbins to rush for nearly 180 yards in the first half, held the Ravens to under 90 rushing yards in the second half. The Steelers’ defence also came up with two critical stops late in the game to preserve the win.

Why the Ravens lost:

Despite outgaining the Steelers 457-221, the Ravens suffered defeat after losing the turnover battle, 4-1. Baltimore’s defense committed three costly penalties on Pittsburgh’s final scoring drive and also allowed the Steelers to score touchdowns on all three of their red zone possessions. Conversely, the Ravens came away with no points on two separate trips inside the Steelers’ 20-yard-line.

The Ravens also missed the absence of starters Stanley, offensive lineman Tyre Philips and defensive end Matt Judon during the course of the game. Phillips suffered an injury during the first quarter, while Judon was ejected after making contact with an official near the end of the first half. Baltimore did receive a strong game from Dobbins, who rushed for a season-high 113 yards while averaging 7.5 yards per carry.

The Steelers appeared to be in trouble at halftime after gaining just 64 yards during the first 30 minutes. Pittsburgh’s defence, as it did at the start of the game, came up with another huge play at the start of the second half when rookie outside linebacker Alex Highsmith picked off Jackson deep in Ravens territory. The score set up Roethlisberger’s 18-yard touchdown pass to Eric Ebron. Pittsburgh’s defence then forced a punt before James Conner’s one-yard touchdown run gave the Steelers the lead heading into the fourth quarter.