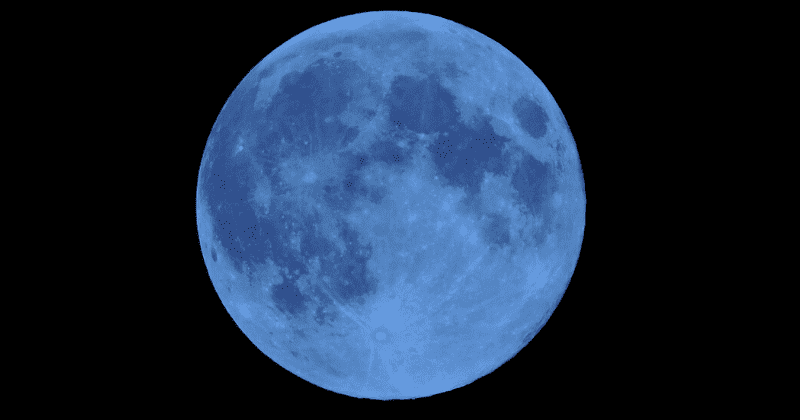 We Had 2 Supermoons in 2020:
For a Supermoon to occur, we can thank the shape of the Moon’s orbit, which is not a perfect circle, but an oval shape. That means when the Moon orbits the Earth each month, it reaches a point that’s farthest from the Earth, called apogee, and a point where it swings closest to Earth, called perigee.

According to how most people define a Supermoon, it occurs when the Moon is at least 90% of the way to its perigee position at the same time it is in its “full” phase.

Based on this definition, we experienced two Supermoons this year:

When we have a Supermoon, the Moon can appear as much as 14% larger and 30% brighter than a normal full Moon.

With all this special full Moon activity in 2020, be sure to mark your calendars so you don’t miss a thing!

On Halloween, a rare Blue Moon will appear in the sky for the first time since 2001. A Blue Moon occurs when there is more than one full moon during a month. NASA says that it coincides with Halloween every 19 years. The Moon isn’t really blue, but will be in full bloom to make things a tad bit spookier on Halloween. According to NASA, the next time when a Blue Moon and Halloween coincides will be in the year 2039.

NASA explains in its blog that Blue Moons will occur at about every two and a half years. After 2020, there are Blue Moons in August 2023, May 2026, and December 2028.On an average, the Moon is full on Halloween every 19 years, a period known as the Metonic cycle. The Blue Moon comes after the October Harvest Moon that fell on October 2, and it theoretically signifies the time to start stocking for winter.

According to FarmersAlmanac, the Halloween Blue Moon in 2001 was only seen in Central and Pacific Time zones. This upcoming Blue Moon will appear in all times zones, making it even rarer. The report says that a Halloween full Moon hadn’t appeared for everyone in all time zones since 1944.

While the most common definition for a Blue Moon is when two full moons appear in a single month, the second one is called the ‘Blue Moon’. However, there is an alternate definition which says that when there are four full Moons in a single season, the third is considered a Blue Moon.

“Blue Moons do not have an astrological significance. However, the fact that the full moon is happening on Halloween is significant. Full moons are a time when we get a little assistance seeing in the dark. It is a very significant full moon, and it is happening four days before the election and is sitting next to a planet with upheaval, change, surprise, excitement: Uranus.” Chani Nicholas, an astronomer, told New York Times, adding that it is good time to get rid of things we don’t need.