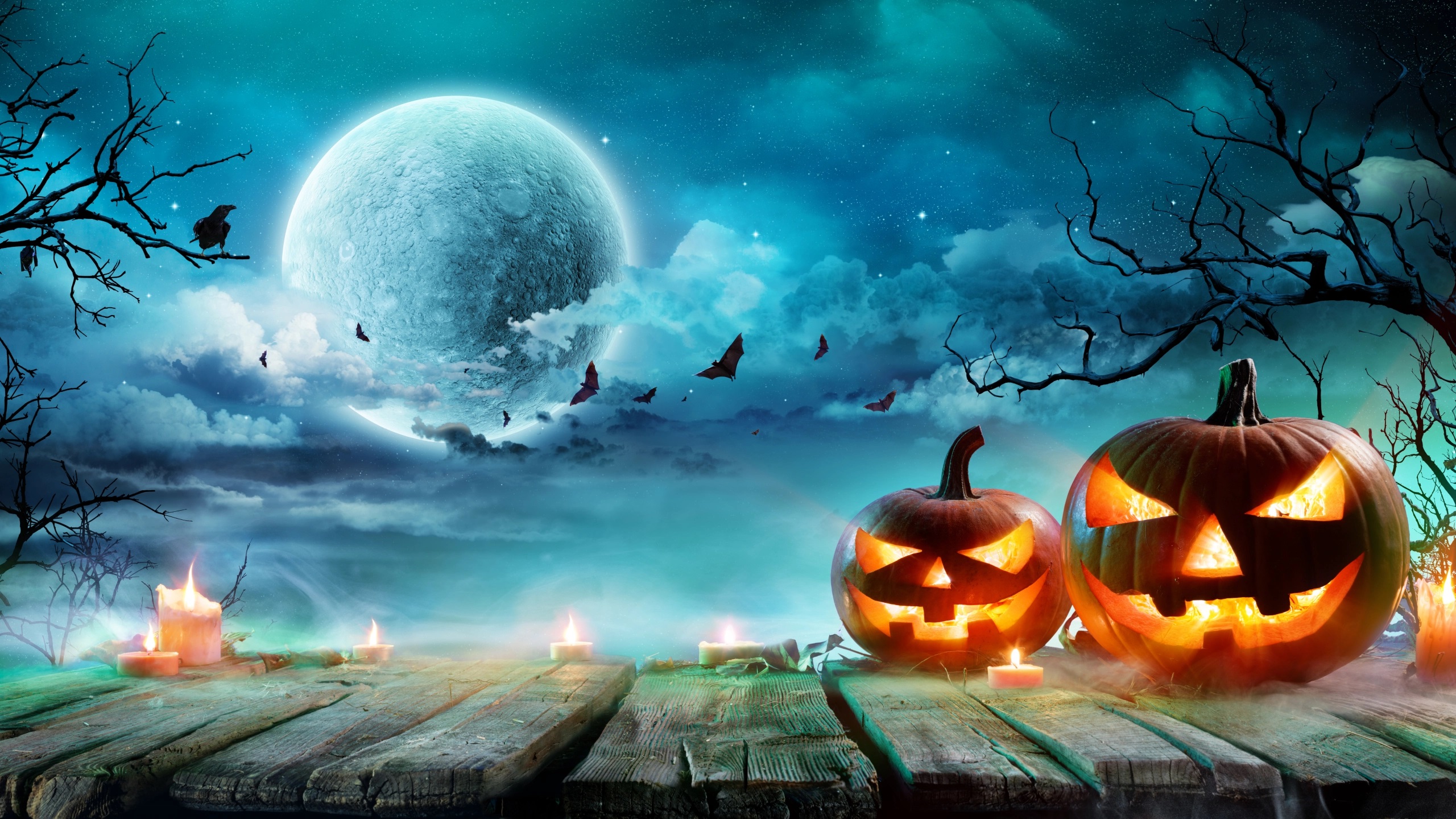 Halloween 2020: In a rare occasion, Halloween will coincide with the Blue Moon on the night of October 31. Beware! According to the NASA, the next Halloween Blue Moon will be in 2039!

Halloween is a holiday celebrated each year on October 31, and Halloween 2020 will occur on Saturday, October 31. The tradition originated with the ancient Celtic festival of Samhain, when people would light bonfires and wear costumes to ward off ghosts. In the eighth century, Pope Gregory III designated November 1 as a time to honor all saints. Soon, All Saints Day incorporated some of the traditions of Samhain. The evening before was known as All Hallows Eve, and later Halloween. Over time, Halloween evolved into a day of activities like trick-or-treating, carving jack-o-lanterns, festive gatherings, donning costumes and eating treats.

Did you know? One-quarter of all the candy sold annually in the U.S. is purchased for Halloween.

By 43 A.D., the Roman Empire had conquered the majority of Celtic territory. In the course of the 400 years that they ruled the Celtic lands, two festivals of Roman origin were combined with the traditional Celtic celebration of Samhain.

The first was Feralia, a day in late October when the Romans traditionally commemorated the passing of the dead. The second was a day to honor Pomona, the Roman goddess of fruit and trees. The symbol of Pomona is the apple, and the incorporation of this celebration into Samhain probably explains the tradition of bobbing for apples that is practised today on Halloween.

Try These 7 Amazing Food Ideas For Your Halloween Party This Year:

Halloween is the time to dress in the spookiest of costumes and indulge in some yummy delicacies! Here are some fun and eerie food ideas to make your Halloween a little scarier!

Easy, common and perfect to add a hint of eeriness on your snack table! You can simply use some cream over store-bought cookies to make those eerie smileys on top.

Carrot eyes on devilled eggs can be as spooky as you want it to be! Play around with chives and sprinkle paprika for bold colour and you’ll have the easiest Halloween snack on the table!

Breadsticks or sausages, choose your pick and roll half of it with cheese or tortellini sheet! You can bake it after playing with your choice of sauce as well.

Serve your drinks with a touch of blood, we mean beetroot! All you need is to steal those syringes from your kids’ doctor game and fill those with some blood-red beetroot juice! You can play around with some more of red-coloured veggies like carrot too.

Prepare a classic tomato or pepperoni pizza and play around by spreading the cheese in different ghostly shapes!

Top a few chocolate macaroons with Jack’O’Lantern eyes and devil smile with white chocolate ganache! Serve them over sticks on the table.

Nothing without the signature cobweb cake on Halloween! Get you classic vanilla cake and ice it with chocolate cream in circles, yes it is that easy to create a cobweb look! Smear some light cuts over the top and your spooky Halloween cake is ready to devour.

Halloween is a traditional festival celebrated across Europe and America on October 31 every year and is fast becoming popular amongst urban Indians too, especially the young ones! People plan spooky-themed parties at home with friends and family, decorate the place with all things scary and dress up to their spookiest best! So if you are planning to have a close-knit Halloween party at home, these easy spooky ideas will spruce up your party menu.