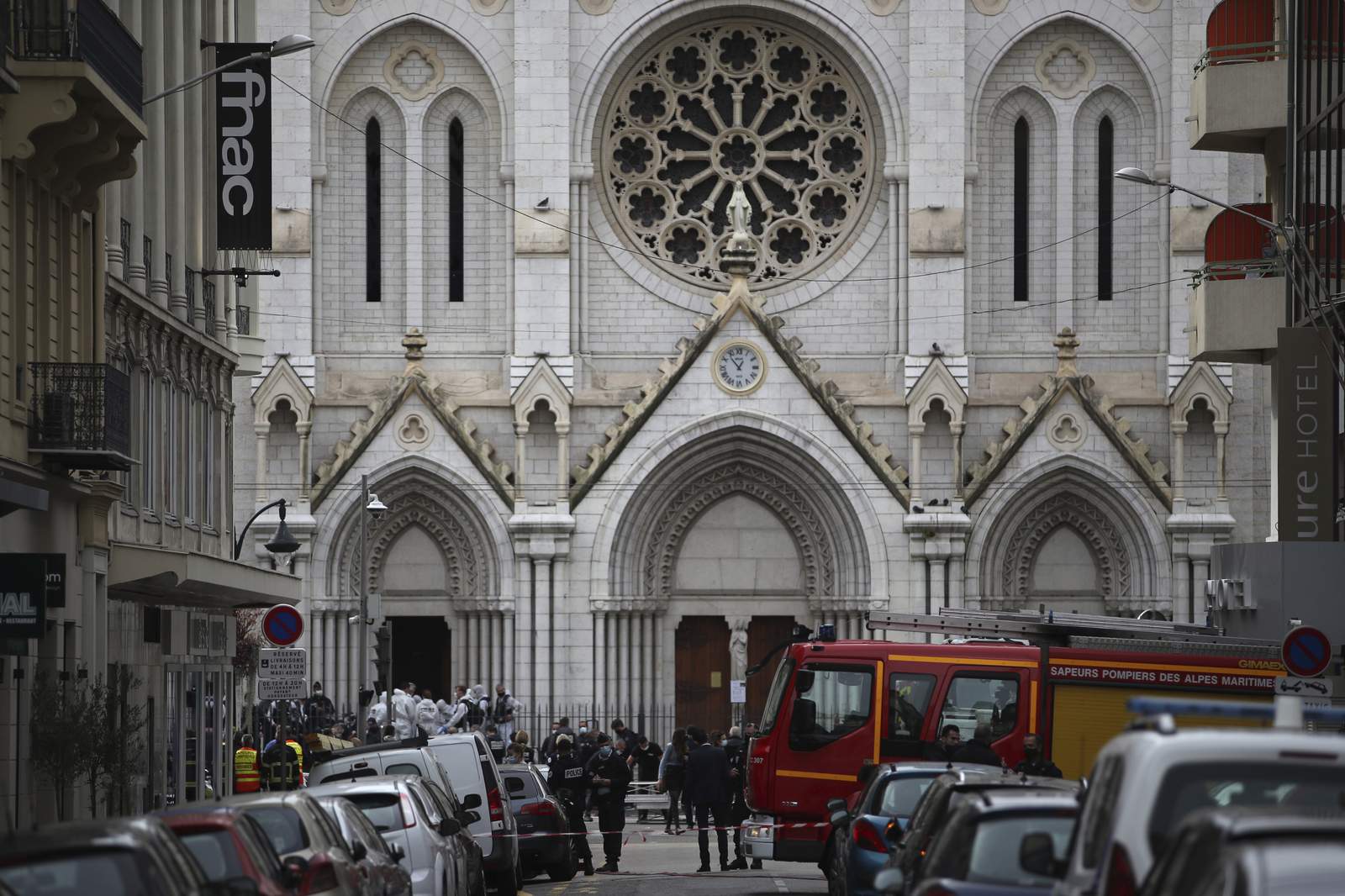 Three people have been killed in a knife attack at a church in the French city of Nice, police say.

A woman has been decapitated, and two others have been killed, during a knife attack inside the Notre Dame Basilica church in the French city of Nice.

The mayor of Nice, Christian Estrosi, tweeted that the incident is a “terrorist” attack.

Here’s what we know so far:

Two of those who died were attacked inside the church, the elderly woman and a man who was found with his throat cut, reports said.

A woman managed to flee to a nearby cafe after being stabbed several times, but died later.

It later emerged that a witness had managed to raise the alarm with a special protection system set up by the city.

Chloe, a witness who lives near the church, told the BBC: “We heard many people shouting in the street. We saw from the window that there were many, many policemen coming, and gunshots, many gunshots.”

Tom Vannier, a journalism student who arrived at the scene just after the attack, told the BBC that people were crying on the street.

Four years ago Nice was the scene of another terror attack, when a Tunisian drove a truck into crowds celebrating Bastille Dayon 14 July, killing 86 people.

A minute’s silence was held in the National Assembly, where Prime Minister Jean Castex had just been giving details of the Covid-19 lockdown measures coming into force on Thursday night.

Announcing the raising of the “vigipirate” national security alert system to its highest level, Mr Castex said the Nice attack was “as cowardly as it is barbaric”.

The French Council of the Muslim Faith condemned the knife attack and spoke of its solidarity with the victims and their families.

A timeline of recent attacks in France

October 2020: French teacher Samuel Paty is beheaded outside a school in a suburb of Paris

September 2020: Two people are stabbed and seriously hurt in Paris near the former offices of Charlie Hebdo, where Islamist militants carried out a deadly attack in 2015

July 2016: Two attackers kill a priest, Jacques Hamel, and seriously wound another hostage after storming a church in a suburb of Rouen in northern France

July 2016: A gunman drives a large lorry into a crowd celebrating Bastille Day in Nice, killing 86 people in an attack claimed by the Islamic State (IS) group