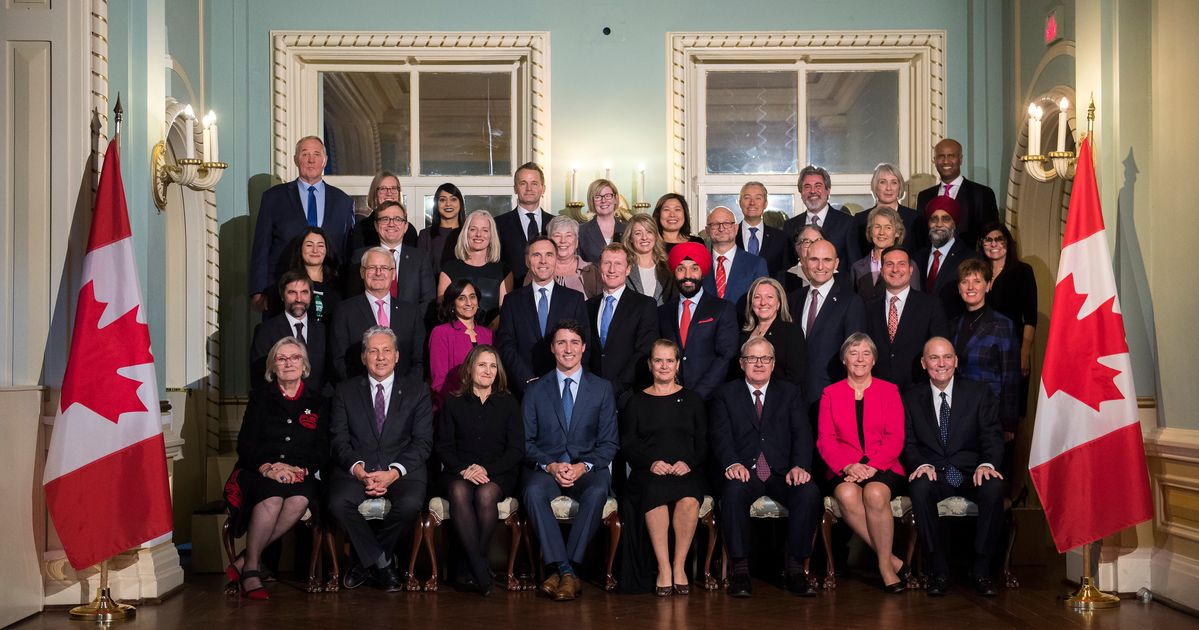 Justin Pierre James Trudeau, born on December 25th 1971, is a Canadian politician who has served as the 23rd prime minister of Canada since 2015 and has been the leader of the Liberal Party since 2013. Trudeau is the second-youngest Canadian prime minister after Joe Clark and he is also the first to be related to a previous holder of the post, as the eldest son of Pierre Trudeau.

O Canada! What a cabinet.

The Cabinet of Canada is a body of ministers of the Crown that, along with the Canadian monarch, and within the tenets of the Westminster system, forms the government of Canada. Chaired by the prime minister, the Cabinet is a committee of the Queen’s Privy Council for Canada and the senior echelon of the Ministry, the membership of the Cabinet and ministry often being co-terminal; as of November 2015 there are no members of the latter who are not also members of the former.

For practical reasons, the Cabinet is informally referred to either in relation to the prime minister in charge of it or the number of ministries since Confederation. The current cabinet is the Cabinet of Justin Trudeau, which is part of the 29th Ministry. The interchangeable use of the terms cabinet and ministry is a subtle inaccuracy that can cause confusion.

Minister of Health is a doctor.

Minister of Transport is an astronaut.

Minister of National Defense is a Sikh Veteran.

Minister of Youth is under the age of 45.

Minister of Agriculture and Agri-Food is a former farmer.

Minister of Public Safety and Emergency Preparedness was a Scout.

Minister of Innovation, Science and Economic Development was a financial analyst.

Minister of Finance is a successful businessman.

Minister of Justice was a crown prosecutor and is a First Nations leader.

Minister of Sport and Persons with Disabilities is a visually impaired Paralympian.

Minister of Fisheries and Oceans, and Canadian Coastguard is Inuit.

Minister of Science is a medical geographer with a PhD.

Minister of Immigration, Citizenship and Refugees was an Immigration critic.

There are scientists in the cabinet, and it is made up of 50% women.