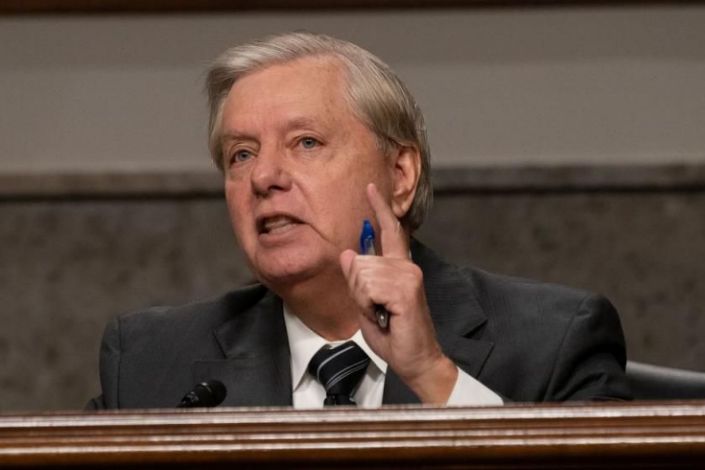 A youthful 44, he’s an African American graduate of Yale and Georgetown University Law Center — a husband and father who has everything going for him, including an up-from-nothing story. He grew up in a trailer and is running for the U.S. Senate. “Only in America,” as he puts it.

Thanks to record-breaking fundraising to the tune of $57 million in the third quarter alone, Harrison has become a serious challenger to the incumbent. Although the most recent major poll has Graham about six points ahead, the race has polled dead-even at times. In a state that rarely changes horses — Sen. Strom Thurmond served 48 years in the U.S. Senate — Harrison’s sudden surge from a relative unknown to the man who could bring down the three-term Graham is the stuff of legend.

The stakes couldn’t be higher. South Carolina is one of seven supposed toss-up states in the fight for Senate control. If Joe Biden wins the presidency and the Senate turns blue while Democrats retain a majority in the House, a hard-left trifecta would be unstoppable. Here’s just one stake: If the Senate remains a Republican majority, Graham is next in line to become chair of the Budget Committee; if things go blue, Sen. Bernie Sanders of Vermont, a self-declared democratic socialist, will hold the gavel.

Graham needs no introduction, but as he seems to mention at every opportunity, he does need money. Not that he’s broke, not by a long shot. Katon Dawson, former Republican state chairman, told me that Graham is still on track to collect $80 million, compared to just $14 million six years ago. Between super PAC money and independent expenditure groups, this single Senate seat will have cost $220 million.

Though Harrison’s kick in the final lap took nearly everyone by surprise, Graham was ripe for a takedown. Democrats who used to love him are furious for the way he shapeshifted into Trump’s biggest supporter and golf-playing sidekick after once calling him a “race-baiting, xenophobic, religious bigot.”

Even Never Trump Republicans feel betrayed by someone they no longer recognize.

If all this animosity toward Graham is real, why does he still have a chance? I think the answer is twofold: One is known, the other I offer for you to consider.

Graham knows his state. South Carolina was, and still is, deep-red Trump Country, and Republicans here wouldn’t stand for any senator, much less a smart-aleck one like Graham, putting any distance between himself and the president, who also happens to be the commander in chief. It’s about respect.

Harder to prove is this argument for keeping Lindsey around: Graham’s friends in the state whisper that Graham stays close to Trump to keep him from running off the rails. He’s the only person, they say, who can calm the president down and speak plainly in Trump’s own, colorful patois. Apparently, Trump listens.

That’s hard to prove. What’s not hard to prove is that Graham’s switcheroo from saying in 2018 that he wouldn’t fill a Supreme Court vacancy during a presidential primary season to pushing through Amy Coney Barrett’s nomination inside of six weeks of the 2020 election is another source of irritation. It also led thousands of people to give money to Harrison.

Graham’s handling of the Barrett hearings resulted in an uptick in his polling and donations, perhaps because, among other things, he reminded people of the Old Lindsey — competent, knowledgeable, polite and gracious. The tone of those sessions was a welcome change from the debacle of Justice Brett M. Kavanaugh’s confirmation hearings. (I would be remiss, however, in not extending a dishonorable mention to Democratic Hawaii Sen. Mazie Hirono, who asked the mother of seven if she had ever been accused of sexual assault and voted, “Hell, no!”)

During two debates with Harrison, Graham made clear that confirming Barrett would be one of his proudest achievements. Although Harrison acquitted himself well, Graham’s 18 years of experience, political chops and institutional knowledge were difficult to ignore. Some of those watching the debates may have imagined that they could see Graham, now 65, trying his best to keep a foot on the brake of accelerating progressivism.

Maybe Graham’s foot is still strong enough. But Harrison is more than a shooting star and young enough to be patient. He already has made a mark and a difference — and Graham should keep that humbly in mind should he win. The people back home include some awfully fine liberals, too.