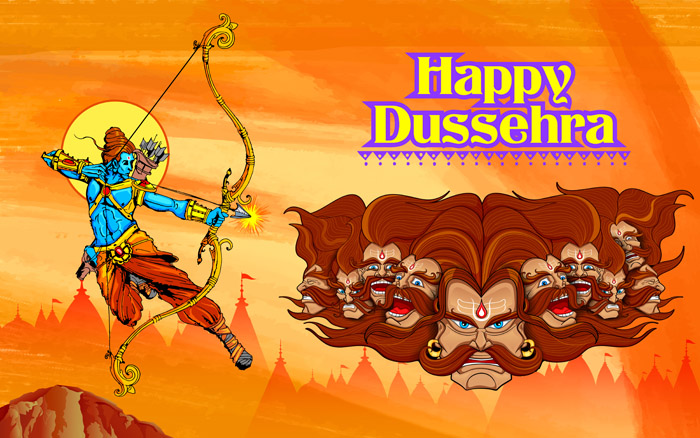 The celebration of Dussehra signifies the conquest of good over evil, light over darkness and wisdom over ignorance. Dussehra was first celebrated to mark the victory of Lord Rama over Ravana. It was the day when Lord Rama defeated the Demon King Ravana after a long battle in Lanka. As per legend, Ravana had abducted Lord Rama’s wife Sita, and in order to bring her home, Lord Rama had to wage war against the Demon King.

The celebration of Dussehra – Facts You Wouldn’t Know

As every year, Dussehra 2018 will be the beginning of the long festive season in India. In 2018, in India, it will be celebrated on Friday, 19 October. Diwali is observed exactly after 20 days of Dussehra on the new moon day, typically in the month of October or November. You might have spent all your childhood hearing tales and folklore about this festival. We thought we’d compile a list of 30 facts about Dussehra you just might not know.