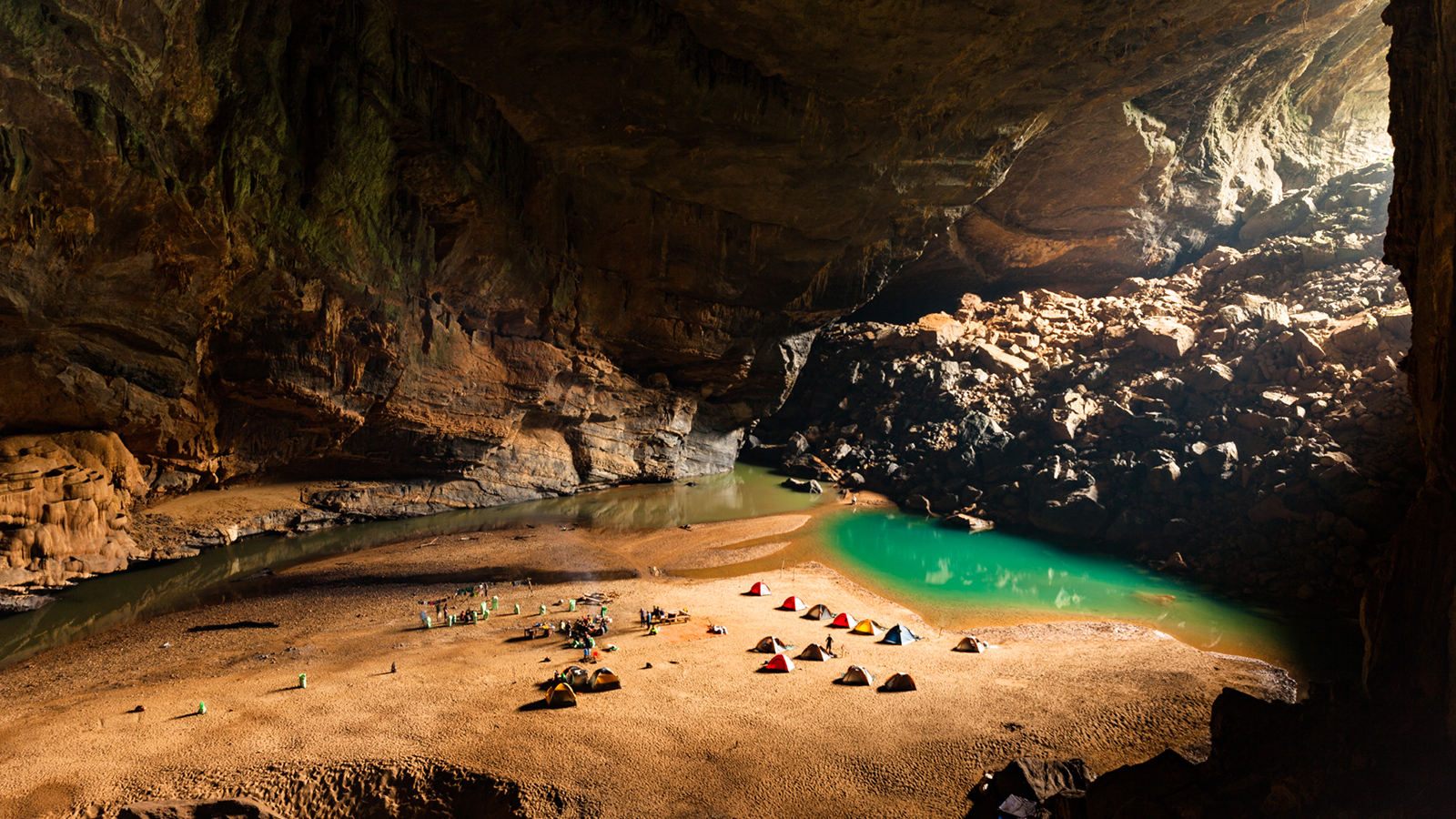 Hang Son Doong Cave, located in the Phong Nha-Kẻ Bàng National Park (a Unesco World Heritage site) of Vietnam is the largest cave in the world. It is over 8.7 kilometres long and can fit a 40-storey high-rise building within its walls.

Opened for public tours only in 2013, each year only a few fortunate adventurers get to witness the out-of-the-world beauty of this mammoth cave.

Ho Khanh, a local farmer first discovered the Hang Son Doong cave in 1991 when he had taken shelter in it from a storm. He lost the exact location of the entrance and found it again only in 2008. He reported it to the British Cave Research Association, who were stationed in Phong Nha at that time. British cavers Howard and Deb Limbers were the first to explore it in 2009 and in 2010 and it was determined to be the biggest cave in the world in terms of the cross section.

This 2 to 5 million-year-old Hang Son Doong cave was formed as water eroded the limestone underneath the Karst mountain. It has its own environment inside with animals, lakes, beaches and a river. This cave also has its own jungle called Garden of Edam, where you might feel like watching out for dinosaurs, given the prehistoric aura of the place. Rare limestone pearls shaped by water drops over centuries are also scattered inside the cave. Its main chamber is more than 5km long, 200 metres high and 150 metres wide. The cave inside boasts some of the tallest known stalagmites, some as tall as 70 metres tall. Before Sơn Đoòng was discovered, the largest cave in the world was believed to be the Deer Cave in Malaysia.

How can you explore the Hang Son Doong cave in Vietnam?
The government of Quảng Bình has only allowed one operator, Oxalis to take adventurers inside the cave, to protect it from mass development that can destroy its fragile environment. The tours run once every week in the months of February to August, not allowing more than 10 tourists at a time.

Who can go on this camping expedition?

The level of this expedition is difficult and is meant for physically active people above the age of 18 years. The expedition goes across 25km of jungle and involves mountain trekking with elevation change up to 400m, knee-deep river crossing around 40 times, underground strong current river crossing and 7km caving complete with rope climbs, rocky terrain, scrambling and 90m ascent of the Great Wall of Vietnam inside the cave.