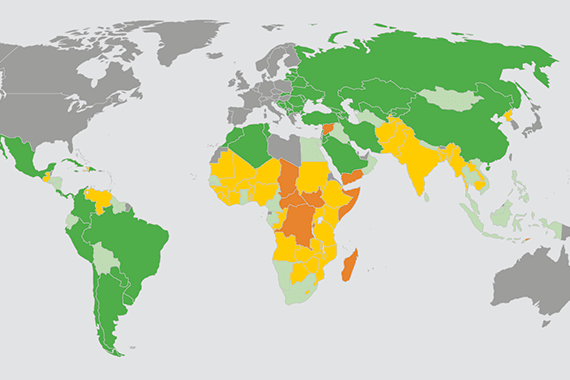 What is Global Hunger Index (GHI)?

Based on the values of the four indicators, the GHI determines hunger on a 100-point scale where 0 is the best possible score (no hunger) and 100 is the worst. Each country’s GHI score is classified by severity, from low to extremely alarming.