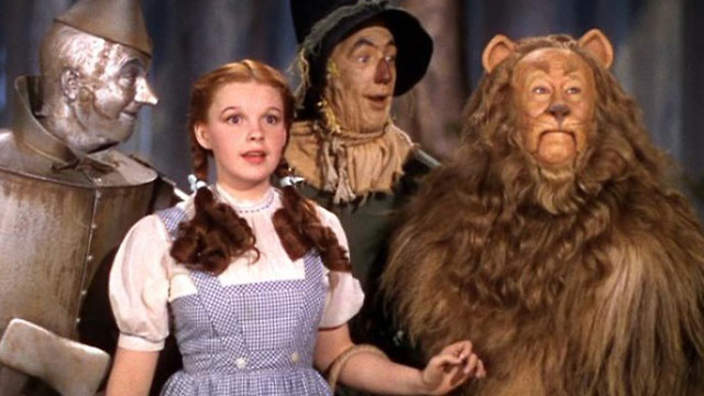 According to the Library of Congress, The Wizard of Oz (1939) is the most-watched film ever. One interesting collection of insights comes from author Salman Rushdie, who suggests that The Wizard of Oz has been successful because it embodies some of our most enduring values.

The Wizard of Oz is a story that dates back nearly eight decades, but all these years later, it remains a part of our lives. Whether it’s humming and singing “We’re off to see the Wizard, the wonderful Wizard of Oz” or busting out the phrase “I have a feeling we’re not in Kansas anymore,” the movie is embedded in our pop culture and probably always will be.

The Wizard of Oz is a 1939 American musical fantasy film produced by Metro-Goldwyn-Mayer. Widely regarded as one of the greatest films of all time, it is the most commercially successful adaptation of L. Frank Baum’s 1900 children’s fantasy novel The Wonderful Wizard of Oz. Directed primarily by Victor Fleming (who left the production to take over the troubled Gone with the Wind), the film stars Judy Garland as Dorothy Gale alongside Ray Bolger, Jack Haley, Bert Lahr and Margaret Hamilton.

Characterized by its use of Technicolor, fantasy storytelling, musical score, and memorable characters, the film has become an American pop culture icon. It was nominated for six Academy Awards, including Best Picture, but lost to Gone with the Wind, also directed by Fleming. It did win in two other categories: Best Original Song for “Over the Rainbow” and Best Original Score by Herbert Stothart. While the film was considered a critical success upon release in August 1939, it failed to make a profit for MGM until the 1949 re-release, earning only $3,017,000 on a $2,777,000 budget, not including promotional costs, which made it MGM’s most expensive production at that time.

The Wizard of Oz is the source of many quotes referenced in contemporary popular culture. Noel Langley, Florence Ryerson, and Edgar Allan Woolf received credit for the screenplay, but others made uncredited contributions. The songs were written by Edgar “Yip” Harburg and composed by Harold Arlen. The musical score and incidental music were composed by Stothart.

In this classic musical fantasy, Judy Garland stars as Dorothy Gale, a young Kansas farm girl who dreams of a land “somewhere over the rainbow.” Dorothy’s dream comes true when she, her dog, Toto, and her family’s house are transported by a tornado to a bright and magical world, unlike anything she has seen before.

Unfortunately, she makes a mortal enemy of a wicked witch when the house falls on the hag’s sister. Now, befriended by a scarecrow without a brain, a tin man with no heart and a cowardly lion—and protected by a pair of enchanted ruby slippers—Dorothy sets off along a yellow brick road for the Emerald City to beseech the all-powerful Wizard of Oz for his help to return home.

Winner of Academy Awards for the classic song, “Over The Rainbow” and for “Best Score,” the family classic also received an Oscar nomination for “Best Picture.” A special Oscar for “the best juvenile performer of the year” was awarded to Judy Garland.