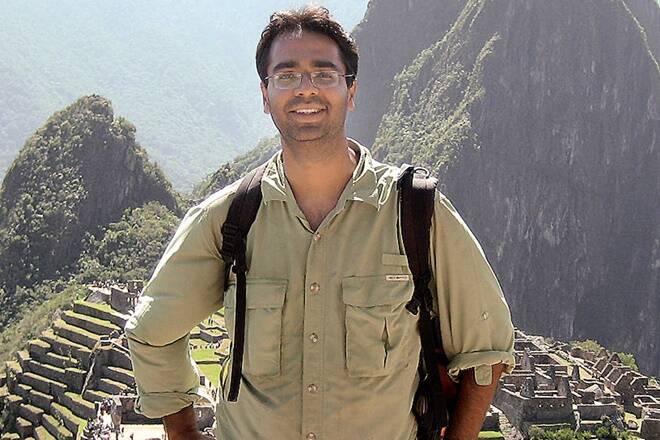 Born in 1979 into an Indian Army family, Karan studied in various schools in Delhi, Shimla, Ranchi, Jabalpur, Lucknow and Assam. He is an alumnus of Indian Institute of Management, Bangalore and Birla Institute of Technology, Mesra.

Karan Bajaj is an Indian American entrepreneur and bestselling author. He is the founder and CEO of Edtech startup WhiteHat Jr., which was acquired by BYJU’S for $300 million in a landmark all-cash deal in 2020 within 18 months of founding.

Bajaj is also the author of three contemporary Indian novels, Keep Off the Grass (2008), Johnny Gone Down (2010), and The Seeker (2015). Bajaj’s first novel, Keep Off the Grass, which became a bestseller with more than 70,000 copies sold in the year of release, was a semi-finalist for the Amazon Breakthrough Novel Award and was long-listed for the India plaza Golden QuillAward. Together his novels have sold more than 200,000 copies in India.

After the blockbuster sale of WhiteHat Jr for USD 300 million to Byju’s, the former’s founder Karan Bajaj said he is a “wanderer” who will neither go back to creating another startup, nor follow in the footsteps of other entrepreneurs who dabble in the space as investors after a successful exit.

Bajaj said he is a “minimalist” who does not think a lot about money and stressed that all his investments are long-term ones where he does not fret about those.

Earlier this month, Bajaj’s edtech venture was acquired by Byju’s in an all-cash deal for USD 300 million within 20 months of its incorporation in one of the largest deals in the upcoming space.

“I feel there is an end point of a journey. With this chapter, I’m kind of putting a lot of myself into it, and I feel I reached a very logical end of the journey and I won’t do a startup again,” the New York-based Bajaj said during an interaction on professional networking site LinkedIn.

He said startup investing requires very active engagement and he will not be a good investor because he likes to build and tinker with things.

“So I’m actually not thebest investor for a startup. So I think I will most likely not invest,” he said.

Bajaj said he gets into things which interest him at a point of time in life, and cited his previous stints as a writer, where he wrote two novels and vowed to never write fiction again, and also as the chief executive of media company Discovery later.

“I am not a person who repeats what I’ve done. So I’d probably do something in a completely different field, like I like to build stuff, create stuff,” he said.

For some people, life journeys are about building expertise and verticalisation in a single field, he acknowledged, before adding, “I was always a bit of a wanderer.”

Bajaj said he left FMCG major Procter & Gamble when he was in his late-20s to backpack in South America for six months.

He admitted the decision was a “little intimidating” because people his age were talking about their first jobs or marriage plans on the internet.

After the first leap, it becomes “progressively easier”, he said, admitting that it was very difficult to find a job after he returned from his travels because Lehman Brothers had collapsed, triggering a global financial crisis.

“I kind of lived the worst case scenario of taking a leap. I came back to pretty much jobless, not having too much money and stuff, or no money at all,” Bajaj said, adding things worked out eventually and he also got a job with Boston Consulting Group later.

Building a startup has two phases, he said, citing his WhiteHat experience.

The first is marked with patience for building a great product where one has to be very frugal, Bajaj said, pointing out that the size of his team was only seven or eight people in the first seven months.

The next phase is impatience for scaling up, Bajaj said, adding he was doubling the business every month during the pandemic.

WhiteHat Jr had 400 employees before the pandemic, which went to 3,000 in the last four months, and the number of enrolled teachers reached over 6,000 from 1,000.

Revenues also got scaled up in a similar manner to a yearly runrate of USD 150 million now, as against USD 10 million during the start of the pandemic, he said.